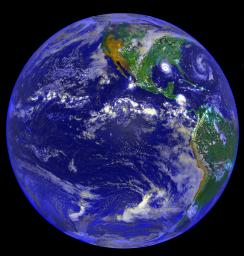 Which planet may we expect to find "Transcendental" -- that is, under-aspected and for that reason potent, fecund and central in importance -- in the life of a nation? Perhaps not surprisingly -- given our other research into the lives of notable personalities whose lives embodied a grave, even over-burdening sense of responsibility towards the social collective and whose least-aspected planet was Saturn -- Saturn is found here in a surprisingly high number of cases, particularly where we have precisely recorded times (and even with some notable approximate 'birth'-times, such as for the arrival of Mohammed in Medina at sunset, marking the Arabian horoscope which has been used for centuries; or for the more recent "Sagittarius Rising" chart of the United States -- both of which are distinguished by under-aspected Saturns).

Besides the frequent appearance of Saturn as a least-; second-least; or third least-aspected planet, Jupiter -- the other planet indicating the social-collective and its symbolism -- is also all too often involved, it seems, in the formation of nation states. Why is this? If we conceive of the inner planets -- Sun, Moon and Mercury -- as indicating the fundamental personal level of the psyche; the interpersonal planets -- Venus and Mars -- as signifying the evolution of the personal fundament moving in an ontological, telic manner into the interpersonal realm; and the final realm of psychic or cosmic evolution -- the transpersonal or archetypal realm -- as signified by Pluto, Neptune and Uranus; that leaves Jupiter and Saturn, the planets which stand between the personal/interpersonal and the transpersonal: thus, the collective is formed.

As the planets of expansion and constriction, of collective soul (Jupiter) on the one hand, and collective spirit (Saturn) on the other, Saturn and Jupiter are perfectly placed here, at the birth of national states. The state, after all, has the function of constricting as much as it does of expanding: and it does both with the collective, primarily, in mind. It is perhaps for this reason, or in parallel with it, that many American presidents have had Saturn as a key Transcendental Planet: That is, their personality, their orientation and interpersonal structure was primarily in accord, in tune with, the essential placement of Saturn -- as a Tertiary Transcendental Planet -- in the chart of the United States.

We also find Saturn in the various charts for Germany: For the 1871 chart, Secondary Jupiter, Tertiary Saturn; and for the 1949 Bundesrepublik, Primary Jupiter, Tertiary Saturn. For the relatively short-lived 1918 German chart, we have the reverse: Leading (most-aspected) Saturn, and Secondary Leader, Jupiter. This goes completely along with my initial hypothesis, that over-aspected planets indicate areas where we may overreach, act with hubris, and even suffer a fall of some kind: they symbolize how and under what terms nemesis will tend to approach us. This Germany was noted for its economic deprivations (Leading Saturn) as well as its inflation (Secondary Leader, Jupiter) and rampant nationalism (Tertiary Leader, Sun).1 (Hitler's Secondary Leading Saturn and Tertiary Leading Sun mirrored the same tendencies in his life -- an over-compensating need for constricting psychological structures and for unbridled exhibitionism -- which fit neatly into the psychic national portrait of the time: thus the "Fuhrer" really did, it seems, embody the "Leading" -- though not necessarily healthy -- tendencies of the body politic of this German epoch.)

One of the most recent Jupiter-Saturn occurrences in our own times is found in the formation of the European Union: At the moment the Treaty of Rome was signed by the member states, Jupiter and Saturn were the equally under-aspected Secondary Transcendentals, each with only one major aspect and no minor aspects (=100). The Tertiary Transcendental here is Mercury: fittingly, as the EU is known as such a bureaucratically oriented organization, and, too, since Saturn-Mercury Transcendentals are often found during events in which contractual agreements are signed or formalized. One example: the formal surrender of the British forces to George Washington: For the chart drawn for this moment, Mercury is a "triple-zero" Transcendental -- hosting no major, minor, or Midheaven / Ascendant planetary contacts, and is followed by Saturn, the second-least aspected or Secondary Transcendental planet.2

Although it is my personal belief that, in general, only charts with accurately timed data are of true value, I have included many other charts as well, both in the spirit of inquiry as well as for the astrologically curious. The fact that certain charts have been studied at such great length and for such enormous periods of time -- such as the case with Arabia -- may justify in part this inclusion. However, I would urge readers to pay the greatest attention to those more reliable examples; I believe it is there that we have the most to learn, especially when exploring such unknown terrain as that of under-aspected planets and the symbolism that such planets mysteriously portray.

Footnotes: "Country," The World Book Encyclopedia, CD-Rom edition, 1997.
All text by Robert Couteau in connection with Starcats' Astro Academics is Copyright © 1998, 1999 by R. Couteau and cannot be used without the written and expressed consent of the author.