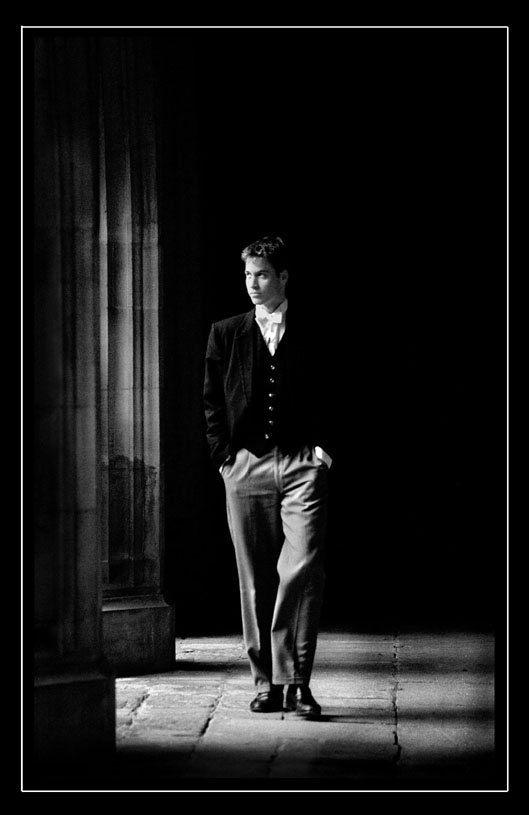 What is the heir apparent to do? Travel. Mature. Integrate past traditions with millennial values! From the age of 16 to 18, Wills' Solar Arc directed Saturn in Scorpio (1). conjoined his birth chart Jupiter (initiating a 20 year maturation cycle); and (2). presently conjoins his Midheaven - the angle of fame or shame. This is a turning point, for Wills' rite of passage also contains the pain of separation. His progressed Moon at birthday time was 26 Aquarius -- a degree past his mother's birth Moon at 25 Aquarius. How Wills negotiates this lunar separation is critical. Within the Uranian Moon lies the choice to stay or vacate the body, and Wills is a bit of a dare-devil as was JFK, Jr. Wills' directed Scorpionic Saturn in his fame sector (ruled by ruthless Pluto) is his first life test on the wise use of power and self-rule. Wills is already bucking authority and making it clear that he'll navigate his own course. He's decided to spend a year devoted to travel before enrolling in university. He loves yachting, as indicated by his directed sea-faring Jupiter in Scorpio trine his progressed Cancer Sun. This decision has the family in royal uproar! Wills' progressed Venus (17 Gemini) trine to progressed Mars (17 Libra) more than hints at the fact that part of Wills' agenda is sexy adventuring! Wills has been linked with American pop diva Brittany Spears. Although the two maintain that their connection is merely "friendly," Wills' birth chart Venus in Taurus cojoined to Caput Algol in the 5th sector of love affairs indicates that his "nemesis" may be an addiction to beautiful women. With emotional Cancer Sun and Moon in Wills' 7th sector of relationships, feelings run deeper than may be apparent on the surface, as Venus on Caput also presaged the shocking loss of Wills' mother. Cancerian Princess Diana also had Venus conjoined to Algol. The links between Wills' chart and Princess Diana's (Cancer-Taurus planets) are deeply tied to security needs. Wills' relationships will take center stage in his life. His North Lunar Node at 13 Cancer conjoined to the USA's Sun on super-lucky Sirius reveals that he'll be wildly popular in the USA and may even spend time here! According to Newsweek (June 26, 2000), the Prince's "A" List includes: 1. Emma Parker Bowles, age 25 (Camilla's niece by marriage). 2. Davina Duckworth-Chad, age 21 ("Deb on the Web"). 3. Isabella Anstruther-Gough-Calthorpe, age 19 (named the 8th most eligible woman in Britain). 4. Tara Palmer-Tomkinson, age 27 (daughter of one of Charles' friends who denies she gave him a "Sloane Greeting." [Think Monica Lewinsky.]). (Wills' directed Saturn in his fame sector also indicates his enjoyment of "older" women!) Wills' has four planets in the 9th sector of travel, diplomacy and the laws of "royal good form." Mars, Saturn and Pluto are ruled by Wills' Taurean Venus in his 5th sector (Taurus and Venus are associated with the throat) and Pluto-ruled Jupiter (associated with ruthless power and bottomless wealth [think Bill Gates he has the conjunction!]). Wills holds the power to give the Monarchy a new voice! With tradition-breaking Uranus in Jupiter- ruled Sagittarius (in the 11th sector of the future where Wills becomes a law unto himself), we may be looking at the monarch who dissolves the Monarchy! As reported in Newsweek, Wills' 18th birthday is his initiation into a life pattern of protocols. Wills is now addressed as "Your Royal Highness." The private life he craves has already become too public. Wills, who hates the paparazzi, can no longer evade cameras and the tabloid rumor-mill. Revolutionary Uranus (and Wills' visionary Neptune), give rise to an intuitive and dreamy seeker whose reported love of arts and refinement set him on a quest for something greater than "self." In the end, it may be Wills who finds an inner greatness by throwing off the wordly power associated with the throne. It is a greatness born out of the world of privilege but may transcend it.

This article orginally appeared at: